Update: The Imam Council of Metropolitan St. Louis released a statement on August 11, 2021 urging all Muslims to get vaccinated as soon as possible. What's more, they wrote, "This is not only beneficial for your health, but it is also your obligation. According to the Qur'an and Sunnah, we are obligated to the best of our ability to do what we can to keep ourselves, and those around us healthy and safe. We also stress and urge that NO religious exemption is to be given to avoid receiving this vaccination, as this puts yourself and others at risk. Only your physician can provide this." To read the full statement, click here: imam-council-metro-stl-covid_19_vaccination.

Some Muslim scholars expressed concern about whether or not the vaccines would be considered halal (permissible) under Islamic law due to the use of pork gelatin as a stabilizing agent. Pork is considered haram (forbidden) in Islamic dietary law.

Spokespeople for Moderna and Pfizer have confirmed that the vaccines do not contain porcine products. The Islamic Medical Association of North America released its majority opinion saying that "the Pfizer-Moderna vaccines are Shariah-compliant," and that the Johnson & Johnson vaccine is "halal and permissible for use although other vaccines without ethical issues are preferable when available." Several other bodies of Islamic scholarship noted that even if vaccines did contain pork gelatin, the product would have undergone such extensive chemical transformation that it would no longer be considered foodstuffs and therefore would not violate dietary laws. The British Board of Scholars and Imams, for instance, wrote that "if there is no other treatment alternative for a significant illness, it is permissible to take medication with haram ingredients." 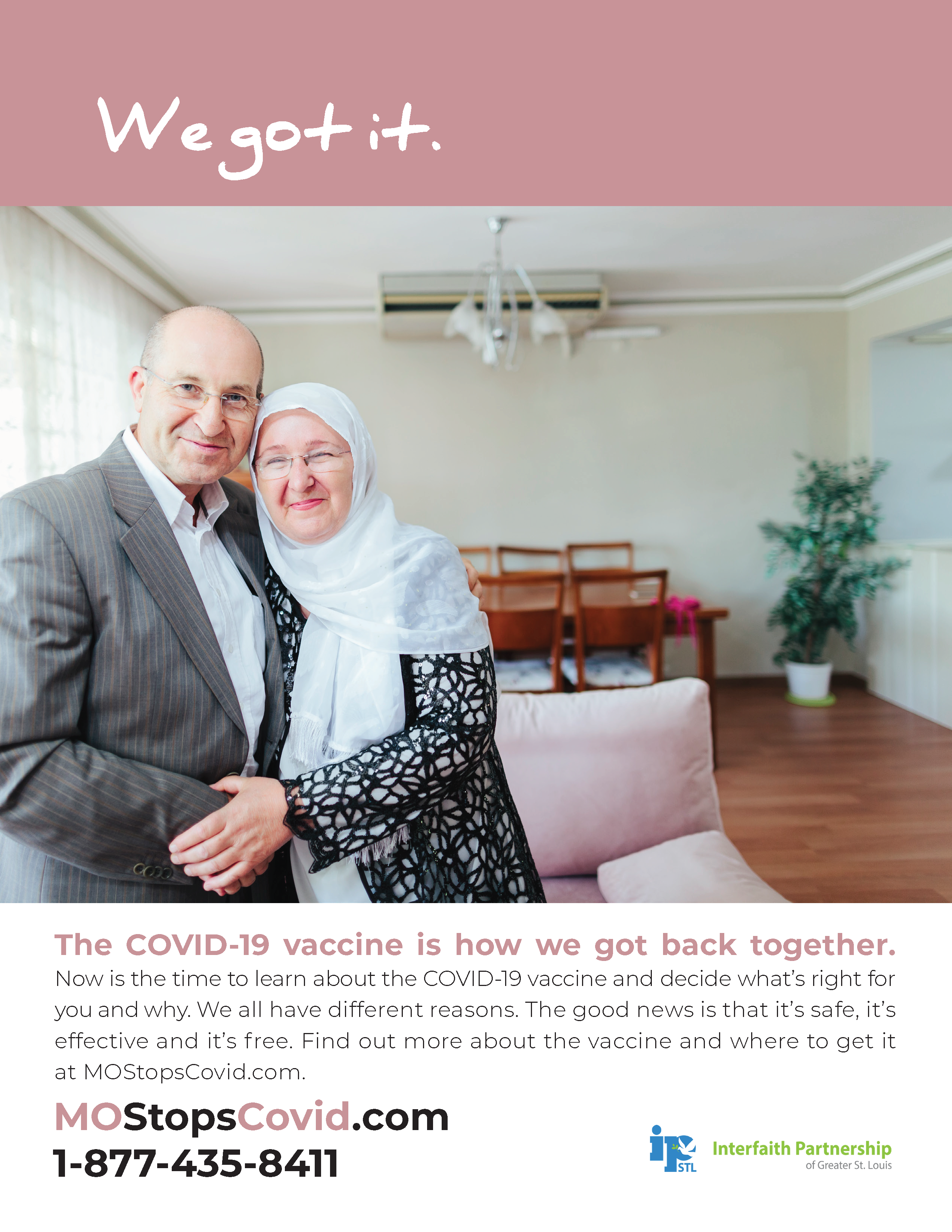 The National Muslim Task Force on COVID-19 and the National Black Muslim COVID Coalition released a joint statement in December 2020 on COVID-19 vaccines. The statement was based on extensive consultations with religious leaders and public health experts. They encouraged Muslims to get vaccinated as a moral, religious choice. They wrote, "Islamic ethical/legal principles as they apply to medicine privilege the preservation of life based on the verse of the Qur’an: “...Whoever saves a human life, it would be as if he saved the entire mankind” (Chapter 5: Verse 35). They added that Muslims are encouraged to seek treatment for illnesses based on the teaching of the Prophet Muhammad, who said, "Seek treatment for your illness as God has not created an illness for which He did not create a treatment except old age or senility." Finally, they concluded that "at present our view is that the potential benefits [of vaccination] outweigh harms, and there are few religious objections to the vaccination." Theologically, these beliefs are captured in izalat al-dharar, or the principle of preventing harm, and maslahat al-ummah, or the principle of the communal interest (Grabenstein 2013, p.2017).

Imam Muhamed Magid, former president of the Islamic Society of North America, explained in an interview that "the idea of preventing harm comes from the Prophet Muhammad, peace be upon him, who said, if there's any contagious disease in a city, you should not enter that city or leave it. If you contract that sickness, you should not go on to spread it. This is the theological foundation for vaccination." He also noted that, "One of the highest objectives of Islamic law is to preserve and protect human life," linking this belief with the vaccination effort's goal of reducing death and illness from COVID-19. In fact, he said that by getting vaccinated, Muslims are "doing the most honorable act of worship," because "the most sacred act of worship is protecting life."

Imam Magid also spoke to those who feel that they themselves wouldn't get gravely ill from COVID, and who were thus reluctant to get vaccinated. "It's not about you," he said. "Think about the elderly person you meet in the grocery store. Think about the elderly person that may be a family member that you meet in a social gathering. Think about people who might have a compromised immune system. The teaching of Islam in the sayings of the prophet, peace be upon him, is that no one will have true faith until he or she has the same love for others as they have for themselves."

The British Board of Scholars & Imams made a similar argument, writing, "As almost all will be aware, our religion places an enormous emphasis on taking care of others and manifesting compassion ... The Prophet (PBUH) said, ‘a Muslim is one from whose hands and tongue others are safe’ (Muslim). Preservation of life is also one of the central goals of the Divine law. Additionally, the responsibility to take care of our neighbours ... is part and parcel of our faith."

Some Muslims might wonder if it would be better to practice tawakkul, or complete trust in Allah, rather than trying to interfere in their own health or sickness. The BBSI, however, notes that "It is critical to understand that the essence of tawakkul is to have active reliance, rather than passively accepting one’s fate. Tawakkul does not preclude resorting to the means which Allah has set out in order for us to achieve results both according to His decree (qadr) and His laws (shar’). Indeed it can be part of it. Tawakkul involves cultivating submission to Allah and trusting that He grants benefit and harm as He pleases. Helplessness should not be taken as a sign of tawakkul, nor should tawakkul make a person helpless. One should not ignore the means to endure a helpless state. The famous advice of the Blessed Prophet (peace and blessings upon him) is to ‘Tie your camel and then trust in Allah’ – that is, to make reasonable efforts to achieve what is in your interests, whilst at the same time relying totally on Allah for the result. In Islamic tradition, it is essential to take the appropriate means while trusting in Allah, thus upholding both the ultimate power of Allah and the wisdom of His creating of ways and means."

Other theologians suggest the framework of wiqaya to understand the imperative to get vaccinated; wiqaya refers to preventative actions against dangers that should be taken by Muslims “as one of the laws of Allah, with obvious application to medicine” (Grabenstein 2013, p.2017).