View the St. Louis Rabbinical and Cantorial Association's video on the vaccine here

Like Muslims, whose dietary laws consider pork to be unsanitary, some Orthodox Jews expressed concern over the use of porcine gelatin as a stabilizer in the vaccines. Several Orthodox Jewish organizations and rabbis have addressed these concerns. The pharmaceutical companies producing the three vaccines available in the U.S.—Moderna, Pfizer, and Johnson & Johnson—have released ingredient lists showing that none of the vaccines contain porcine gluten.

Even if they had used porcine gluten, however, most Orthodox scholars agree that, as Rabbi David Stav said, “According to Jewish law, the prohibition on eating pork or using pork is only forbidden when it’s a natural way of eating it,” whereas if “it’s injected into the body, not (eaten) through the mouth,” no such prohibition exists, “especially when we are concerned about sicknesses."

Other Orthodox rabbis went further, arguing that Orthodox Jews had a religious imperative to get vaccinated. The Orthodox Union released a statement on the COVID-19 vaccine, concluding ““that, pursuant to the advice of your personal health care provider, the Torah obligation to preserve our lives and the lives of others requires us to vaccinate for COVID-19 as soon as a vaccine becomes available." Theologians have pointed to the mitzvah (positive obligation) of pikuakh nefesh, or acting to save one’s own and/or others’ lives, as being particularly relevant to vaccination (Grabenstein 2013; p.2014).

Rabbis outside the Orthodox tradition expressed similar opinions, framing vaccination within the larger context of Jewish teachings on health and healing. The Committee on Jewish Law and Standards of the Rabbinical Assembly, which offers guidance on halakha within the Conservative tradition, released a statement on COVID vaccination. They wrote, “The Torah commands us to “Be careful and watch yourselves,” which is understood by the Talmud to mean that we should avoid danger whenever possible. Elsewhere in Deuteronomy, we find the mitzvah of placing a parapet, or guardrail, around one’s roof. This is understood to mean that we should actively take steps to protect ourselves and others.” From these teachings, they concluded that “Jewish law obligates Jews to vaccinate themselves and others in their care, with medical guidance, with vaccines that have a proven and safe track record.”

They also argued that in addition to the religious imperative to take care of your own body, vaccination presented a crucial opportunity to protect our neighbors and communities. The statement reads, “The Torah emphasizes that we need to take responsibility for the well-being of those around us when it says, “Do not stand idly by the blood of your neighbor.” This is understood to mean that we do everything we can to safeguard the health of others … If there is even a chance that our behavior can protect our lives, and the lives of others, then that would take precedence over any other consideration.” 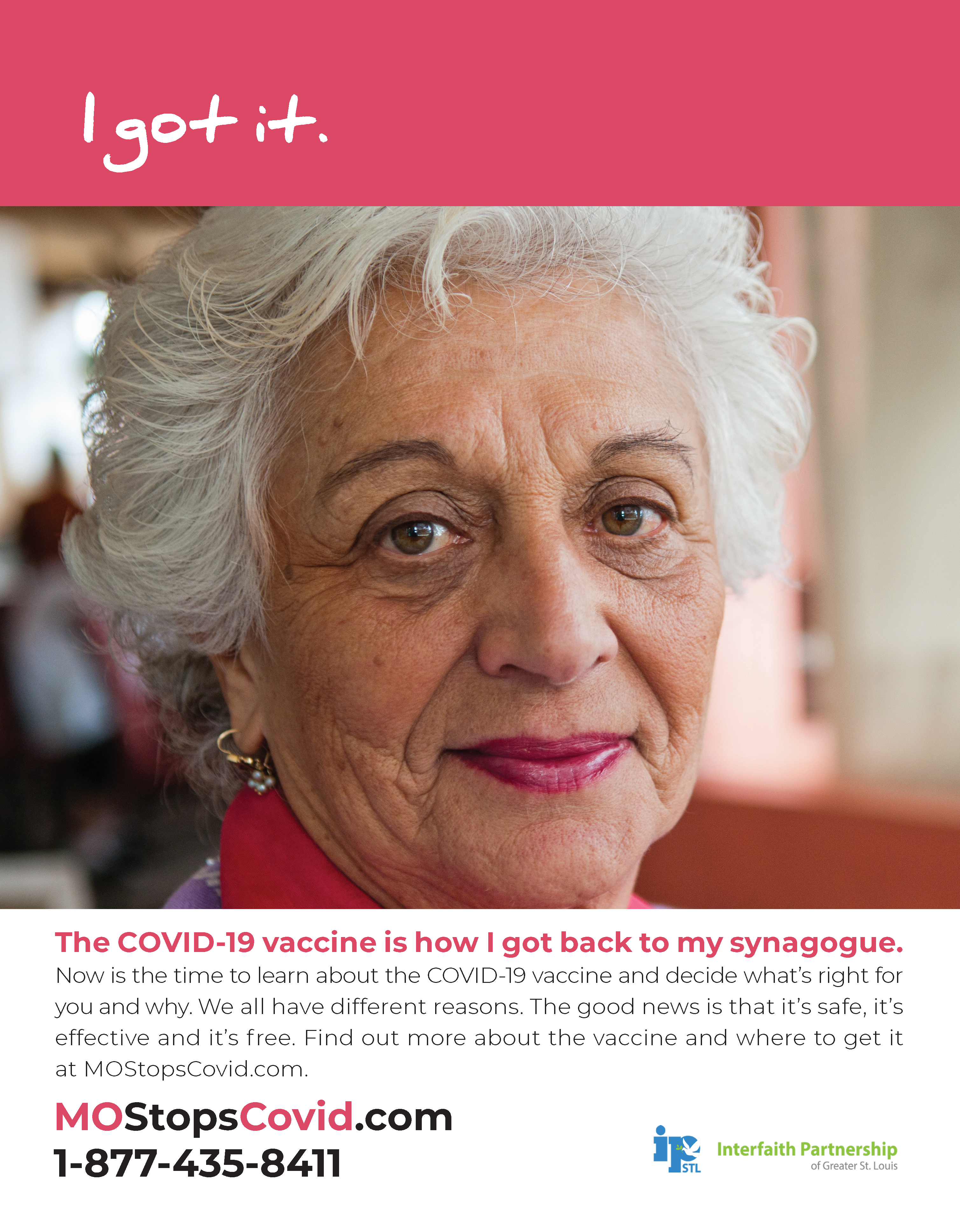