You are cordially invited to join the Department of Sociology at Washington University in St. Louis for the second presentation of its recently established lecture series. This lectureship honors Barbara and Michael Newmark, alumni and longtime community leaders in St. Louis. The series supports visits to Washington University in St. Louis by scholars whose work engages with the concept of a pluralistic society where diverse religious, racial, and ethnic groups live and work together, and their differences enhance the community. 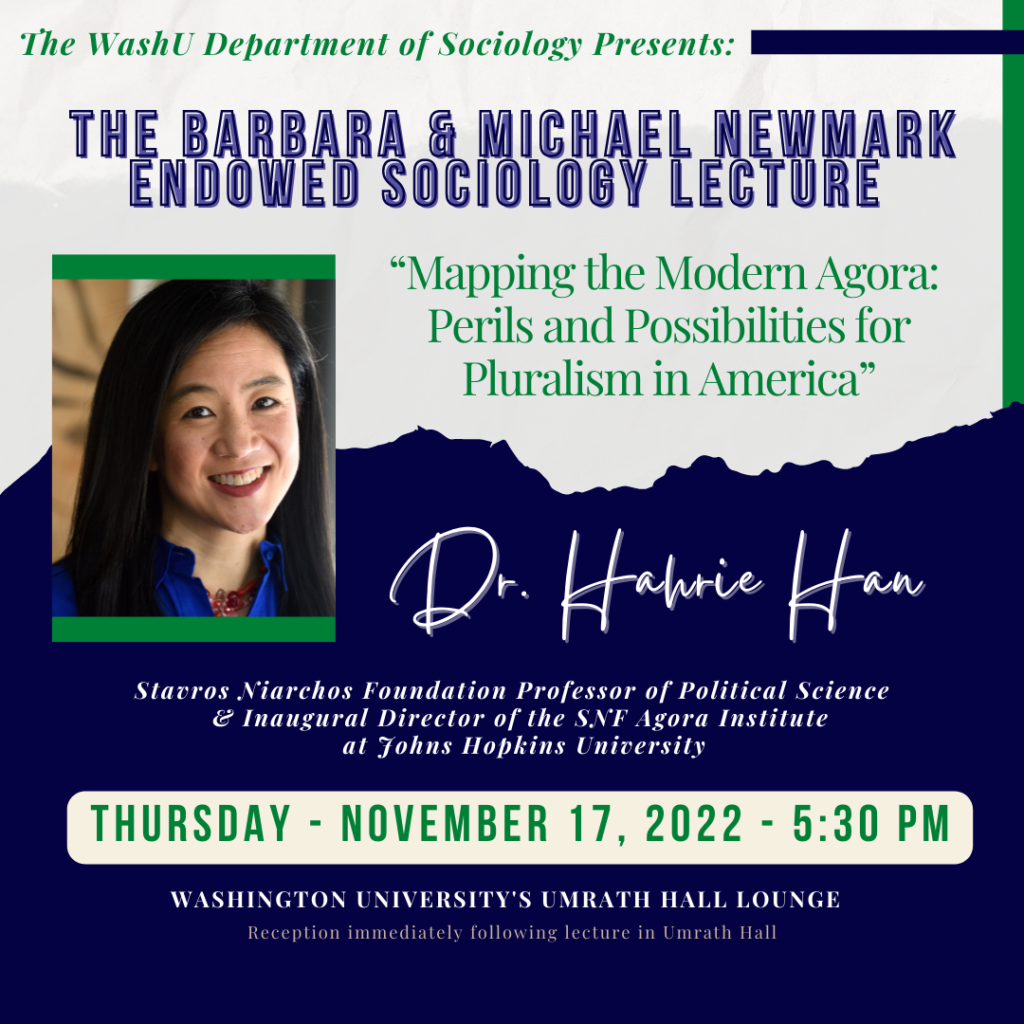 This year’s speaker, Prof. Hahrie Han, will present a talk titled “Mapping the Modern Agora: Perils and Possibilities for Pluralism in America.” Hahrie Han is the Inaugural Director of the SNF Agora Institute, the Stavros Niarchos Foundation Professor of Political Science, and Faculty Director of the P3 Research Lab at Johns Hopkins University. She is an award-winning author of four books and numerous articles published in leading scholarly outlets including the American Political Science Review, the American Sociological Review, the Journal of the American Medical Association (JAMA), and elsewhere. She has also written for outlets like the New York Times, the Washington Post, and others. She is an elected member of the American Academy of Arts and Sciences and was named a 2022 Social Innovation Thought Leader of the Year by the World Economic Forum’s Schwab Foundation. She is currently working on a fifth book, to be published with Knopf (an imprint of Penguin Random House), about faith and race in America, with a particular focus on evangelical megachurches.

This lecture will be held on Thursday, November 17th at 5:30 p.m., in Washington University’s Umrath Hall Lounge. A reception will immediately follow the lecture’s conclusion. The event is open to the public. ​Please feel free to share with those who may be of interest, both on-campus and in the local communities.